Something New (Study of Matthew – Part 37)

Jesus came to do something, to create something, to build something, a house, a bloodline, a way, a NEW something. Jesus came to do something new. Jesus was a leader of change. A leader of a new revolution. He didn’t settle with the normal old stuff that the leaders had in place, he himself stood up and made thing’s right again, could we as a people take that and do thing’s right again in our own life, homes, school, businesses and nation? Could we take his example to heart and make something New where we are at right now? All it took was just one person, Jesus. All it took was him, today, you could be all it takes to make thing’s right again. Your name is one a something New Note to do in your life-time, only live once, make something new hat will last past your life time. Something new, like Jesus did.

What did Jesus do that was new. The world already had millions of religions, leaders and preachers, what was so new about what Jesus was doing? Jesus was taking the Jewish traditionally religion and turning in into a personally relationship. Something that was not only different from every belief system in the world, but something New and improved for a lost people to find God. Jesus brought about a new way to get to God, but not just get to him, but for his people, each person to have a personal relationship with God, who is a personal God. Jesus was creating something New.

1) The way the Jewish people connected with God was by no real means. It’s was a traditional religion. The way Jesus brought about was a personal relationship. Where now, we no longer need these prest to go before God for us, but we our own self can go before God one on one.

2) A higher calling of living. Jesus took the old testament and put an even deeper understanding of how God fills on different topics. For example, he says hating someone is like murdering someone.

3) He exposed the false preachers. In that day of age the preachers all where money hungry. They forsake the truth in the old testament for self-centered traditions that only made it where for one made the prest seem to be most holy and also made money in the pockets of prest.

Jesus came to rebuild what was destroy by the people over a period for generations. The Jewish religion went from being so connected to God to so far away from God, it became a disconnected with God tradition. Maybe today, in our churches around the world, we can find that. go church sunday morning, wensday night, and put on facebook that you’re a christian, but the people around you who aren’t christians don’t know that you’re a christian, because your way of living is at that point of a water down christian. Jesus come to make a relationship happen. A relationship is to be devoted, therefore you should be a devoted Christian, not water down christian.

What is a devoted Christian?

Abortion is Murdered in the Eyes of the righteous God. We need to be devoted pro-life as Christians. Gay Marriage is evil act against God, we need to be devoted to stopping it in our nation. Tell me, how many people do you know that agree that abortion is okay and gay marriage is fine? Well, Jesus isn’t okay with it. Mater in fact, he is so far away from being with any one that would harm kids and change his way of marriage, that you are a fool to thing you have any devotion with God. Jesus isn’t on your side with abortion or gay marriage. Those thing’s are against God. Anyone that stand on the side against God, is no where with God. it’s not just the Abortion topic or gay marriage topic either, it’s more than that. How do you live your life daily?

Here 3 thing’s that Jesus wanted to make new in your life. Three thing’s that he came to do in you. These three thing’s will indeed show rather you’re a water down christian or a devoted Christian.

Key is daily. You put the key in the door with you open your bible. Your turn the key when your worshipping God and then you open that door of conversation with God when you pray. That is a devoted christian life. But water down christian life is nothing like that, mater in fact, water down christians aren’t even with God half the time. Chances are they are not even saved. They go the church sunday morning, wensday night, then during the week they live there life that has nothing to do with God. They don’t even fill the need to open the bible or pray or worship God, chances are they don’t even have the Holy Spirit in them. They got the knowledge, but not the spirit. They are headed to hell. That’s the truth.

“No one sews a patch of unshrunk cloth on an old garment, for the patch will pull away from the garment, making the tear worst.” Matthew 9:16

Don’t try to take this new relationship you have in Christ, and patch it into your old way of living, it’s not going to work. That relationship will not stay connected to that old way of living in sin. God will not allow himself to be devoted with a person that wants to keep living in sin. You must turn away from the sin, or God will turn his face away from you. Anyone who thing’s he is saved, but lives in sin, they never knew God. Because that little patch of a prayer in sunday morning Church last sunday that you pray, it’s not going to stay on your old garment. Pick up a new garment, put that pray on that one and walk with the Lord. The only way to do this is by surrendering. Turn to Jesus he got a new Garment for you. He wants to give you a new life in other words. You don’t have to wait no more. Jesus is waiting to hand you over to a new way of living. Will you take it? 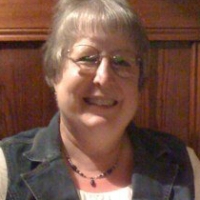 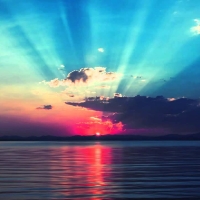 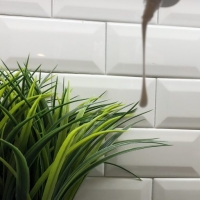 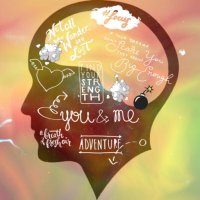